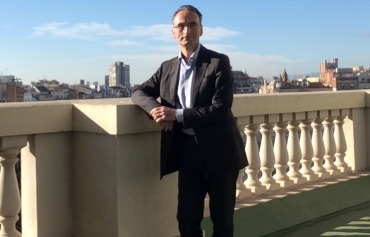 Richard Linde Elias (CE-MBA 92) is the Finance Director for Southern Europe and the Middle East at Infor, an American company that produces business management solutions, has a presence in 41 countries and employs more than 12,000 people. Richard has participated in Esade Alumni Social for the last four editions, collaborating with entities such as AAT – Associació d’Ajuda als Toxicòmans (2012-2013), Centre Obert Joan Gavina (2013-2014), Plant-for-the-Planet (2014-2015) and Auxilia (2015-2016).

What did you like best about participating in Pro Bono Consultants?

Looking back after four years, the memories that remain, more than the work itself, are the people: both my teammates and the people at the organisations we helped.

It continues to surprise me that there are still many people – not just those who work at NGOs, but the many individuals who make generous donations – who, silently and anonymously, facilitate this huge, not well known and not always recognised effort to help the neediest groups.

Perhaps many of us cannot or do not want to dedicate our personal or professional lives to these causes, but we have to thank the people who have decided – often against the tide – to do so, and to help them. Without them, the cities we live in would not be what they are. I think it is important, despite the difficulties, to be very clear about the ethical principles that each one of us should live by in our daily lives.

In your opinion, what do the volunteers who do this pro bono work get out of it?

An experience, contact with a little-known reality, where we can do a lot to help. I would say the message is that there are things you have to do at least once in your life, and do them well. Afterwards, you can decide whether or not you ever want to do it again – but at least you’ve tried it. I also believe that those of us who have been fortunate have a certain obligation to help those who have been less fortunate, either directly or indirectly.

How do you think having a strong third sector influences our society?

Given the way society is evolving – fewer resources available, more needs to be met – it is absolutely necessary to have a strong third sector that is not dependent on public subsidies in order to keep the peace – I prefer to speak in terms of social cohesion – so that no one is left behind, to give meaning to the lives of those people who, for whatever reason, have not had the same opportunities as others. Each one of us can do our bit – by giving time, money or whatever – to grow the third sector and make it more robust year after year.

'Given the way society is evolving, it is absolutely necessary to have a strong third sector that is not dependent on public subsidies in order to keep the peace''

How has your career or professional experience changed after this collaboration with the third sector?

It is true that, on a personal level, we see certain realities in our surroundings from a very different perspective from that of our professional reality, which sometimes, due to factors such as globalisation, can be more of a business game than a reality. I think satisfaction – that is, the “turning point” – is more personal than professional.

How do you think the Pro Bono Consultants project fits in with Esade Alumni as an association?

I think there is definitely a connection between what we learned in our undergraduate or master’s degree and Esade Alumni Social. I can’t help but remember some of the “softer” subjects, which we didn’t really value at the time. Personally, and from a distance, I think those subjects were able to generate a social sensitivity that has a lot to do with Esade Alumni Social. Pride of belonging? Yes, of course. 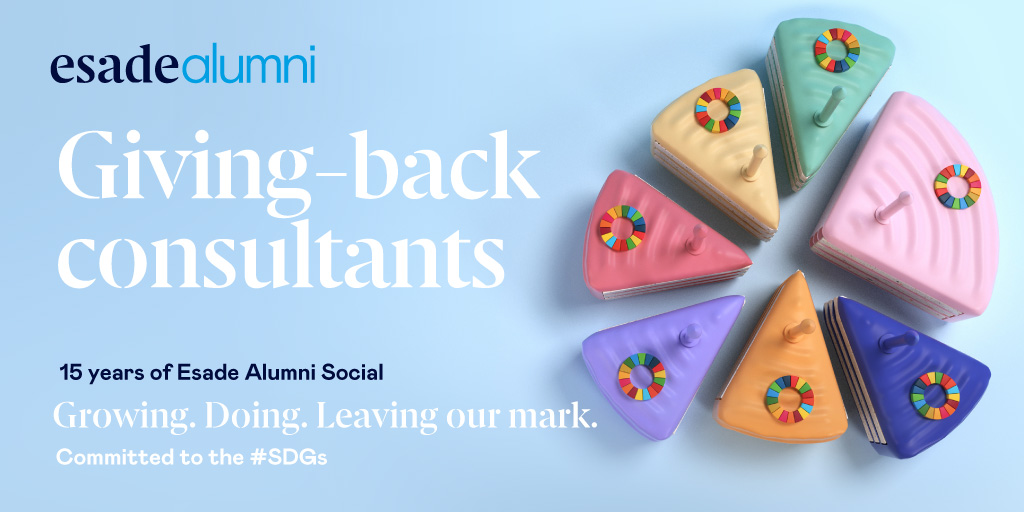 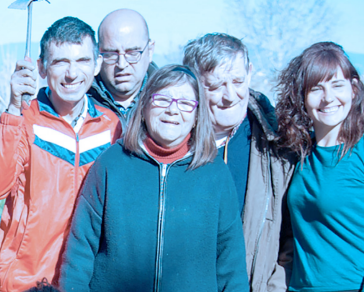 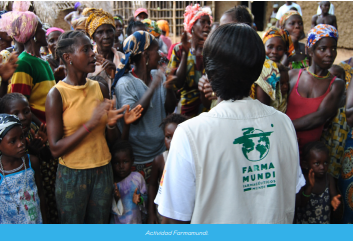