Raventós Codorníu, Spain’s outstanding producer of wine and cava and the owner of 14 internationally acclaimed wineries, was established more than 460 years ago and is now re-inventing itself with a global strategy based on a return to the firm’s origins, plus a staunch commitment to value, streamlining and efficiency in all its processes.

Since November 2018 he has been running the winery and vineyard business under the Raventós Codorníu name which reflects its origins. This company now has 17 flagship wineries in their respective wine-growing regions in Spain, Argentina and California.

His career began in 1997 with a two-year stint as a risk analyst at Banco Central Hispano. He then joined the listed Picking Pack in their on-line business, software development and network security area. In 2001 he joined Volkwagen-Audi Spain in sales and marketing. In 2007 he led the buyout of the Parxet winery, Marqués de Alella (subsequently renamed Raventós de Alella) and Tionio, part of Gleva Cellars. Years later, following a period of considerable growth, the Portal del Montsant, Mont-Ferrant, Titiana and Basagoiti wineries joined the group.

In 2018, at the age of 43, he managed the merger of his company with the Codorníu dynasty, and became the managing director of the Raventós Codorníu group, a post he still occupies.

Wine-lover from an early age; the passion for studying wine-making has run through the veins of the Raventós family since it came into being. Ramón Raventós is a great-grandson of the Codorníu founder, Manuel Raventós Doménech, with close links to vineyards and the world of wine throughout his life.

He belongs to the 17th generation in charge of the Raventós Codorníu group, Spain’s oldest wine company. He was born amongst vineyards and, like many other members of his family, he tasted his first drops of cava during his christening.

For Raventós, the three cornerstones of the Raventós Codorníu group’s longevity can be summed up by the deep roots, culture and outstanding conditions of a wine-growing area that produces some of the world’s finest sparkling wines.

He is proud to belong to a family of tireless entrepreneurs and has no doubt that cava is the great discovery of Penedés in the world. An invention that still has a lot more to give. A family matter, a question of genetics that undoubtedly leaves its mark. 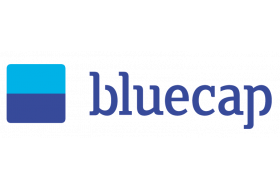